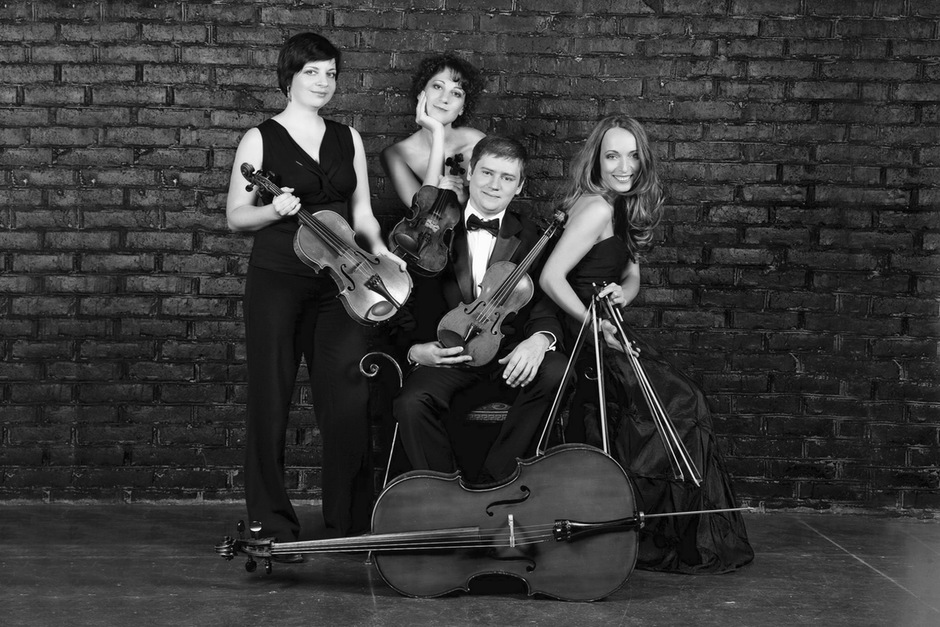 Was created in the Moscow Conservatory by its graduates in 2004. The performers studied chamber music with such well-known professors as A. Bonduryansky, A. Korchagin, N. Kogan, A. Rudin, T. Alikhanov and A. Shishlov.
During the course of their studies and participation in various ensembles, the participants of the string quartet frequently became winners of international competitions (including the Sergei Taneyev Competition in Russia in 1999, the Vincenzo Bellini Competition in Italy in 2000) and musical festivals, such as the «Russian Youth Academy» in 2003, 2004 and 2005, the festival «Commemorating Sixty Years», the Usidom Chamber Festival held in Germany and Poland, the festival of Russian culture in Cannes, France in 2006, and others.
Since 2005 the string quartet has performed as part of the «Studio for New Music» ensemble. During the time of its participation in the ensemble, the string quartet has performed with great success the Russian premieres of compositions by Alban Berg, Gerhard Zinsstag, Gyorgy Ligeti, Steve Reich, Wiltold Lutoslawski, Luciano Berio, Franco Donatoni and many others. In the relatively short time period of its activity, the quartet has already earned the most complimentary comments from famous contemporary composers, including Valentin Silvestrov, Krzysztof Penderecki and Allain Gaussin. The quartet has toured extensively both in Russia and abroad, taking part in various music festivals, such as “Suono Immagine” in Milan, «Lenin, Stalin and Music» in Paris, the Bach festival in Istanbul, the festival in El Djem, Tunisia, the Moscow Forum and Moscow Autumn festivals, the P.I.Jurgenson International Competition in Moscow, and many others.